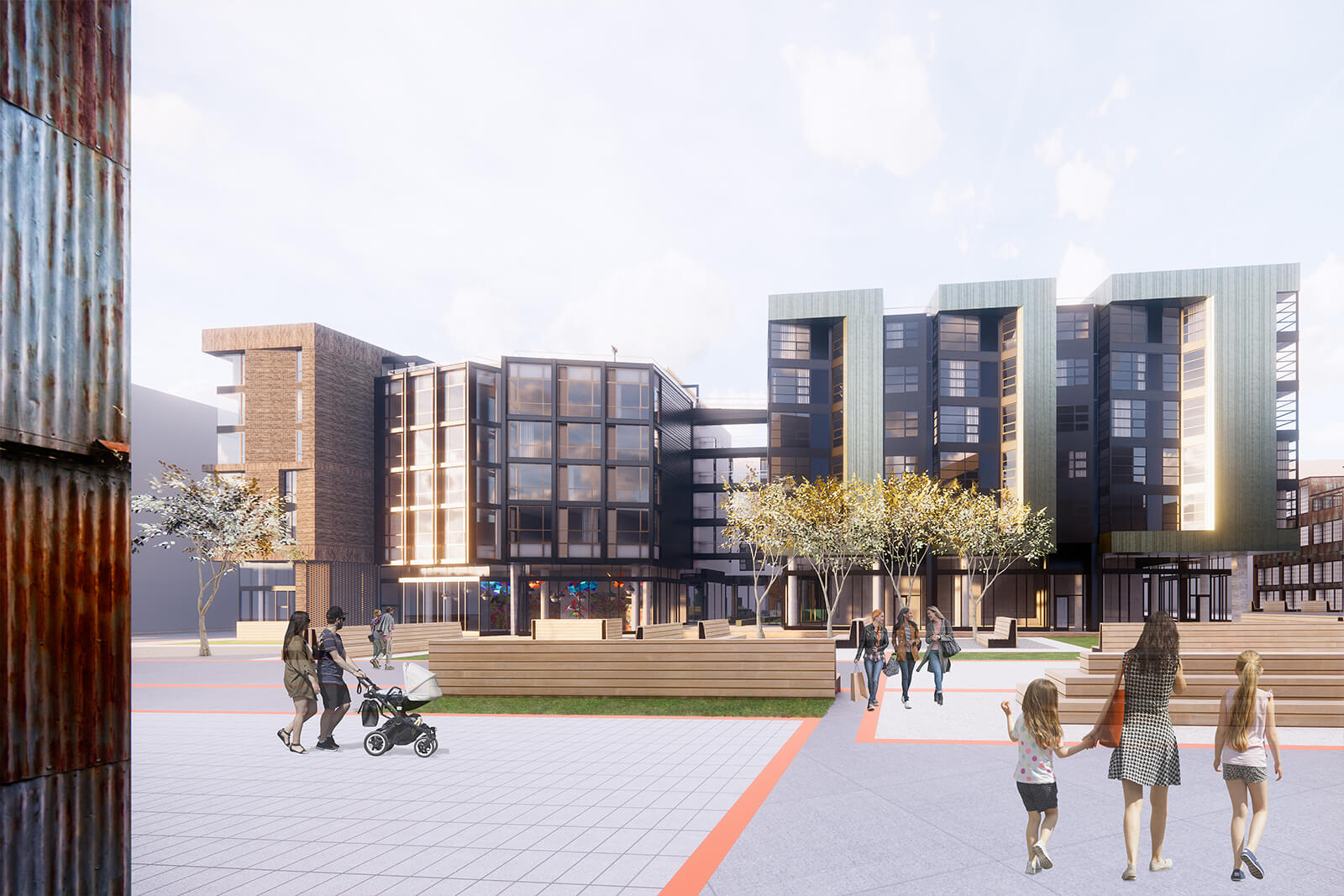 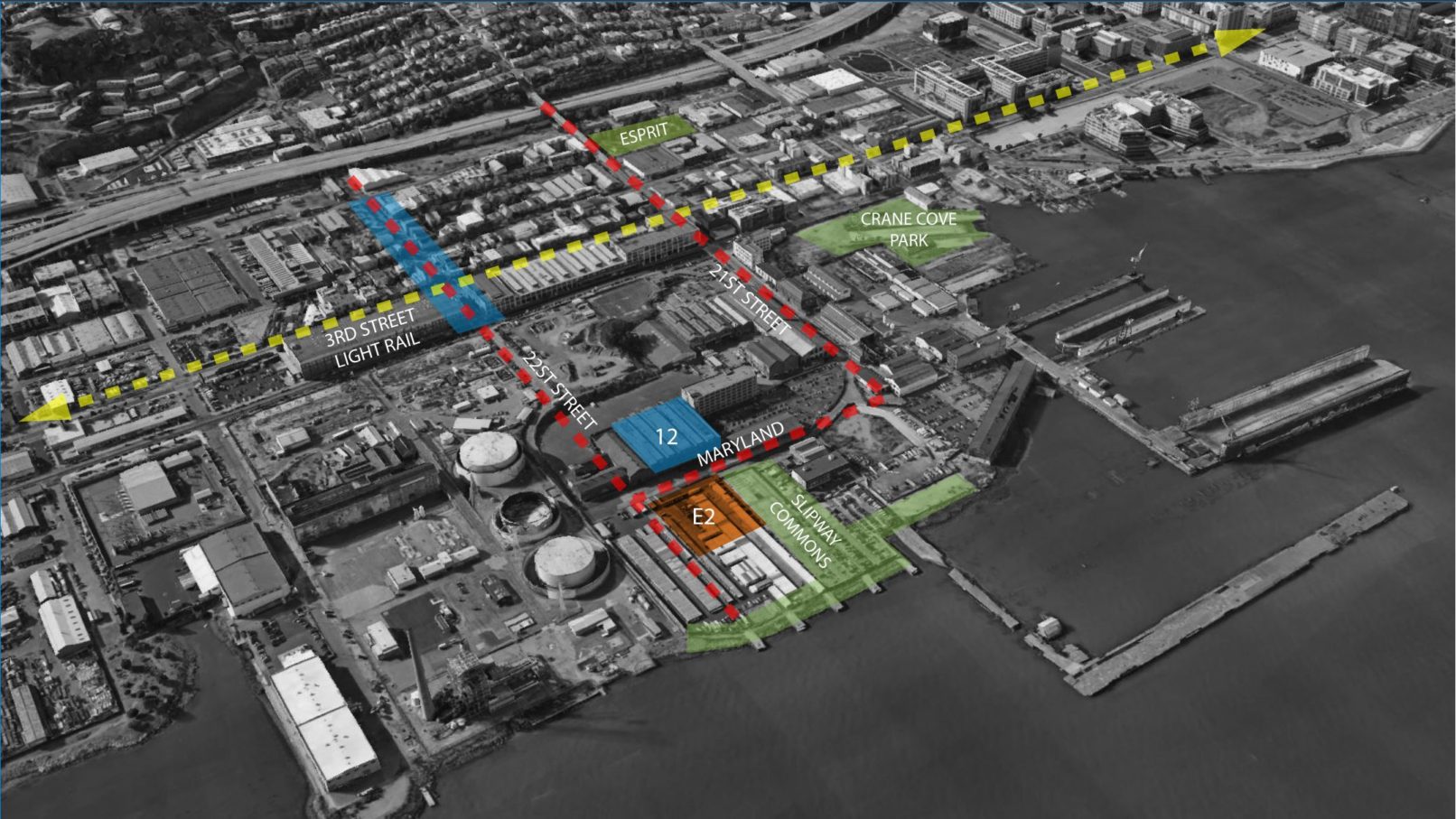 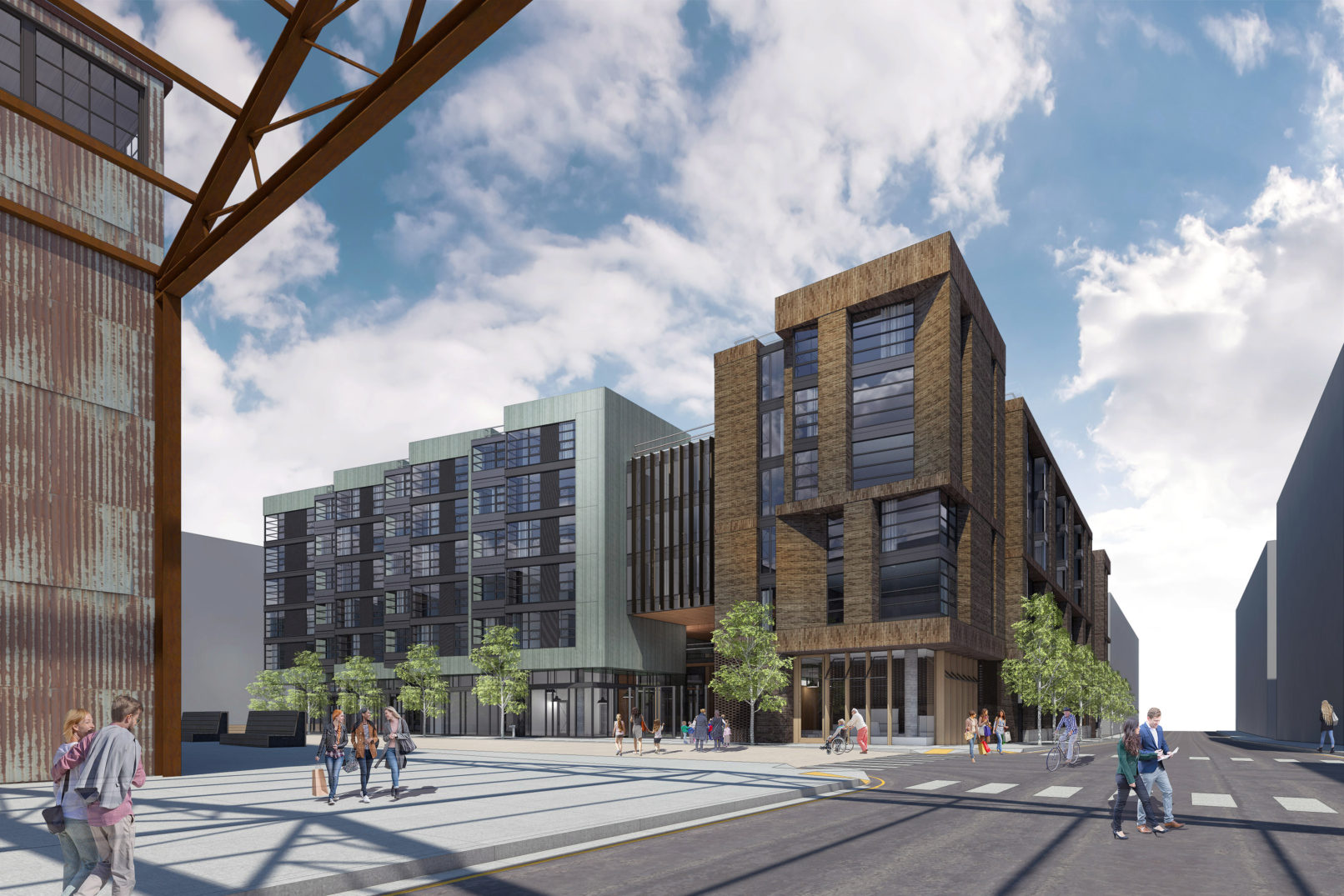 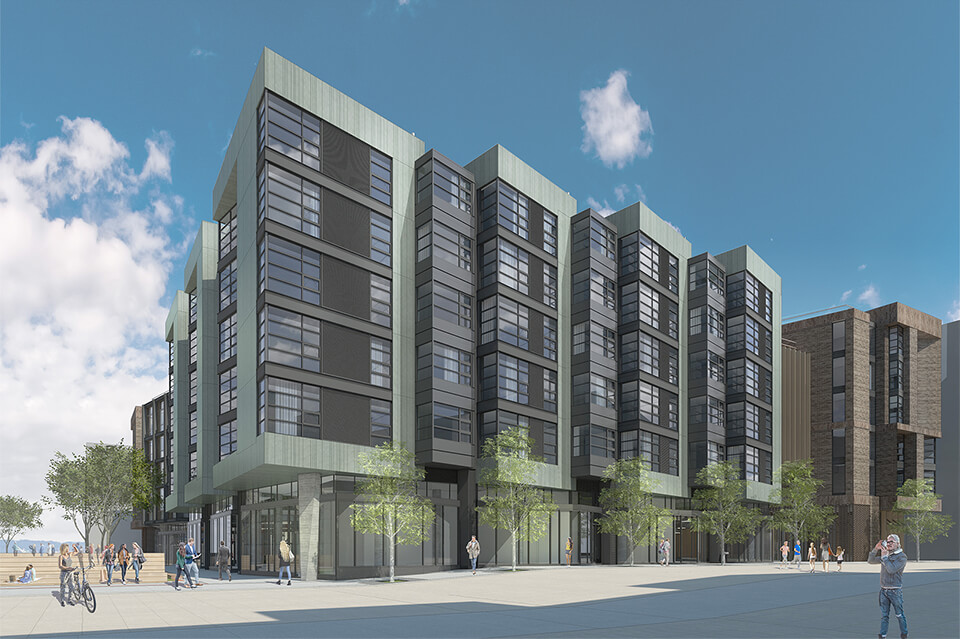 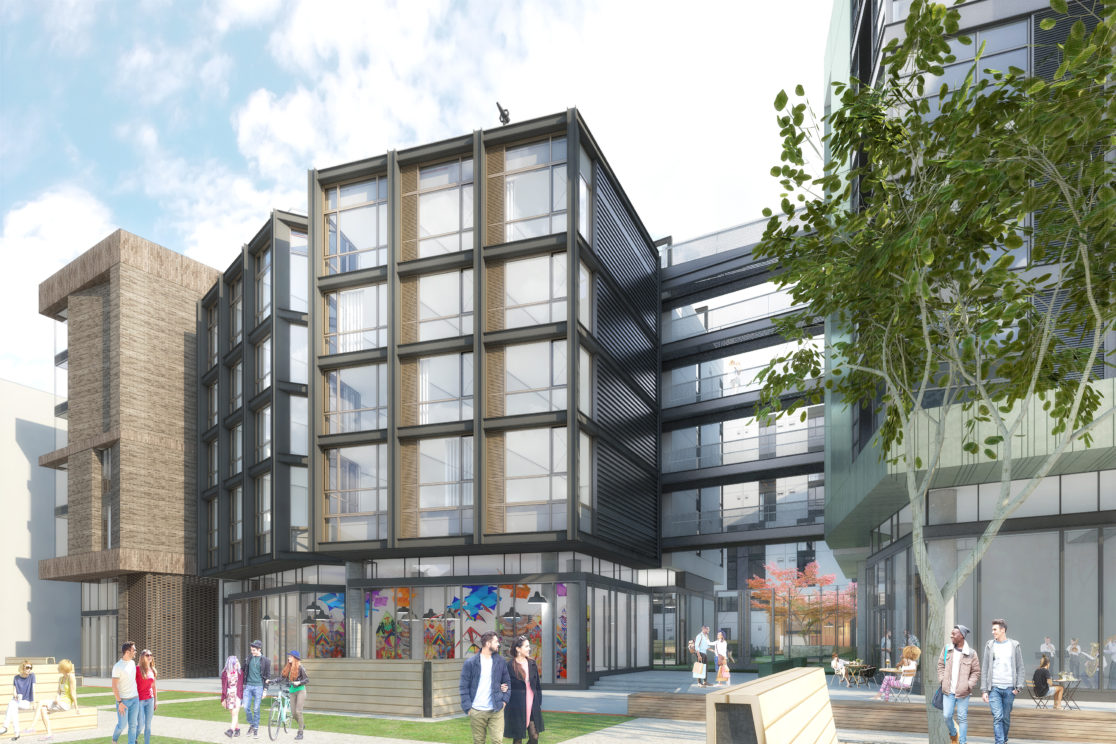 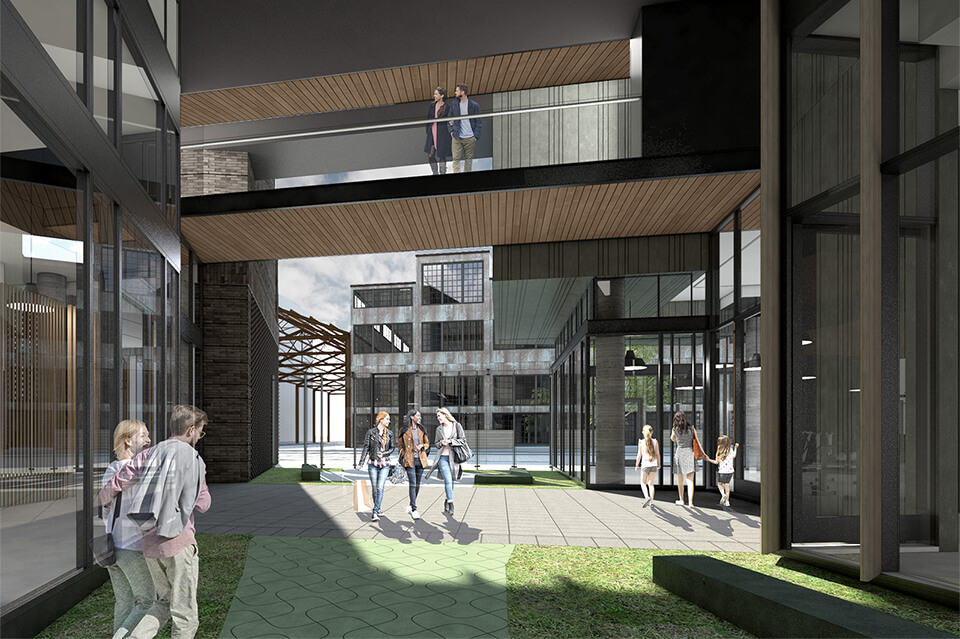 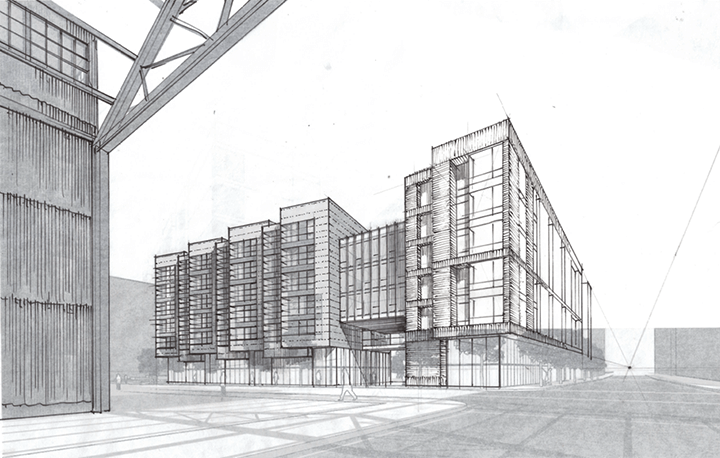 An active shipyard since 1883, Pier-70 is now a 28 acre Historic Maritime District fronting San Francisco Bay with a menagerie of refurbished 19th and 20th century industrial buildings.  The first new structure to be built here since World War II, 185 Maryland is a mixed-use development with 282 new homes and 10,000 square feet of retail space.

Inspired by the shipyard evolution over 100 years in response to the exigencies of the shipbuilding sequence, the design is a frank expression of the needs of the new neighborhood in resonance with its context.  A brick-clad L wraps two sides of the block defining the edges of the new surrounding streets.  Within the L, two facetted metal and glass volumes rise above retail space to form an active edge to the new Slipways Commons park and open the block to views of the skyline and bay.