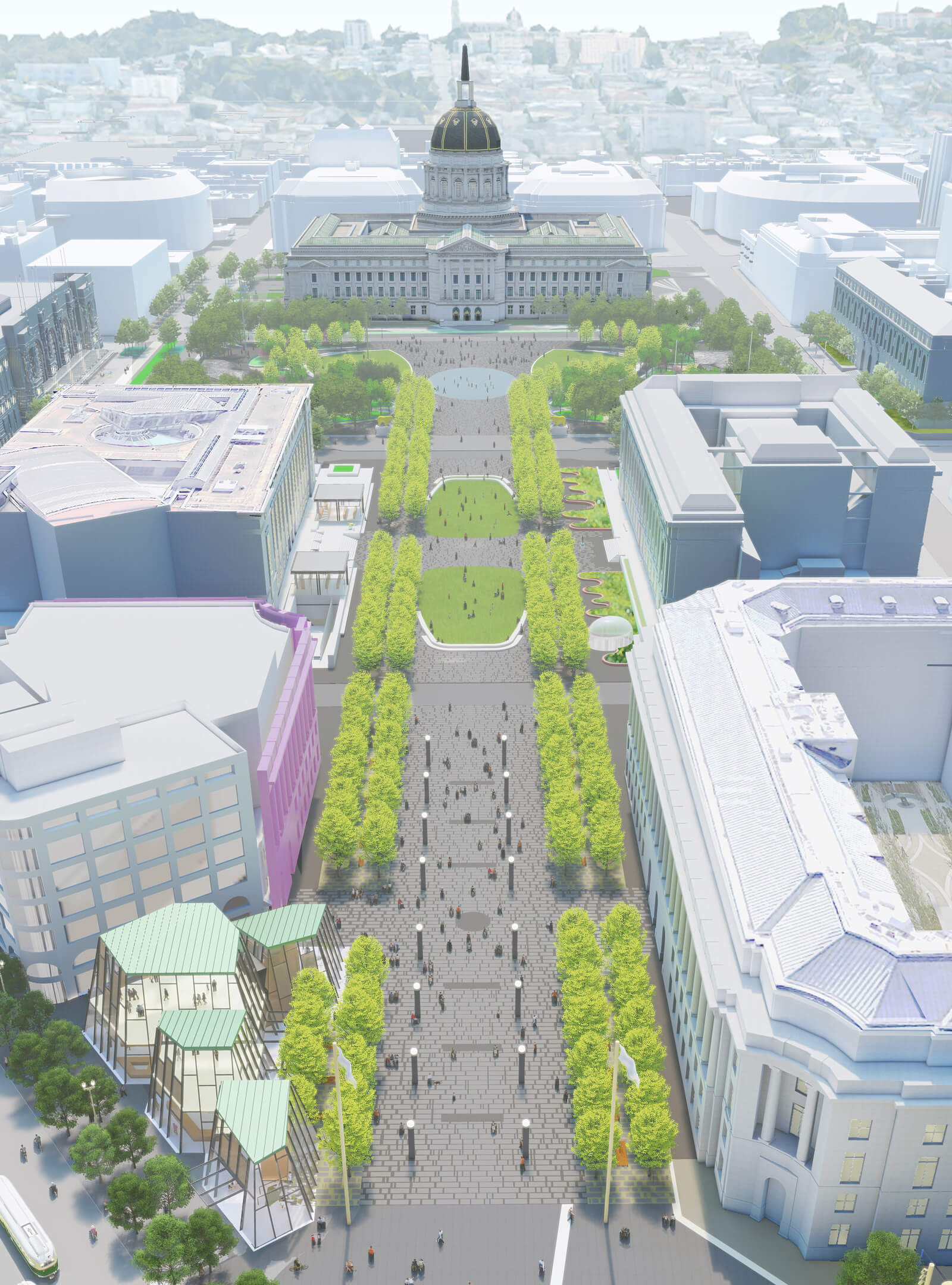 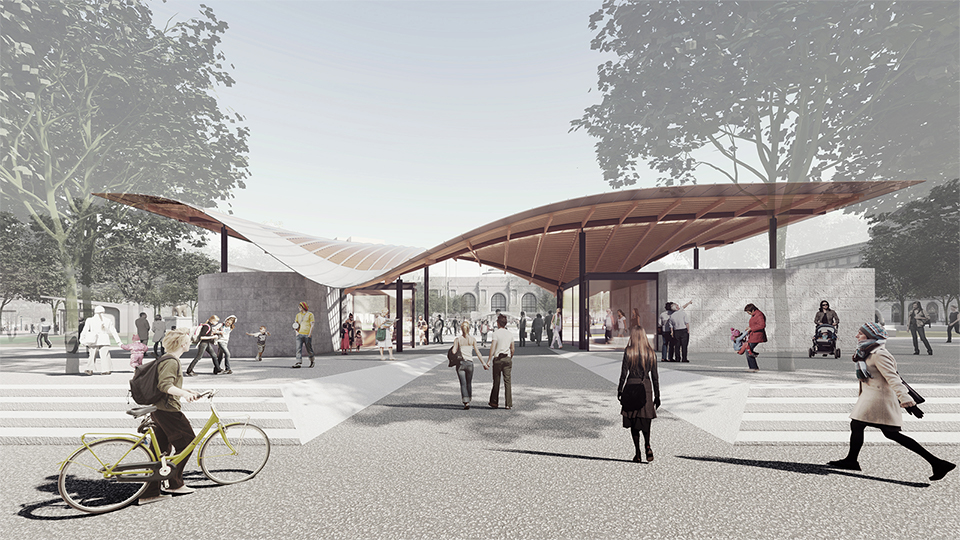 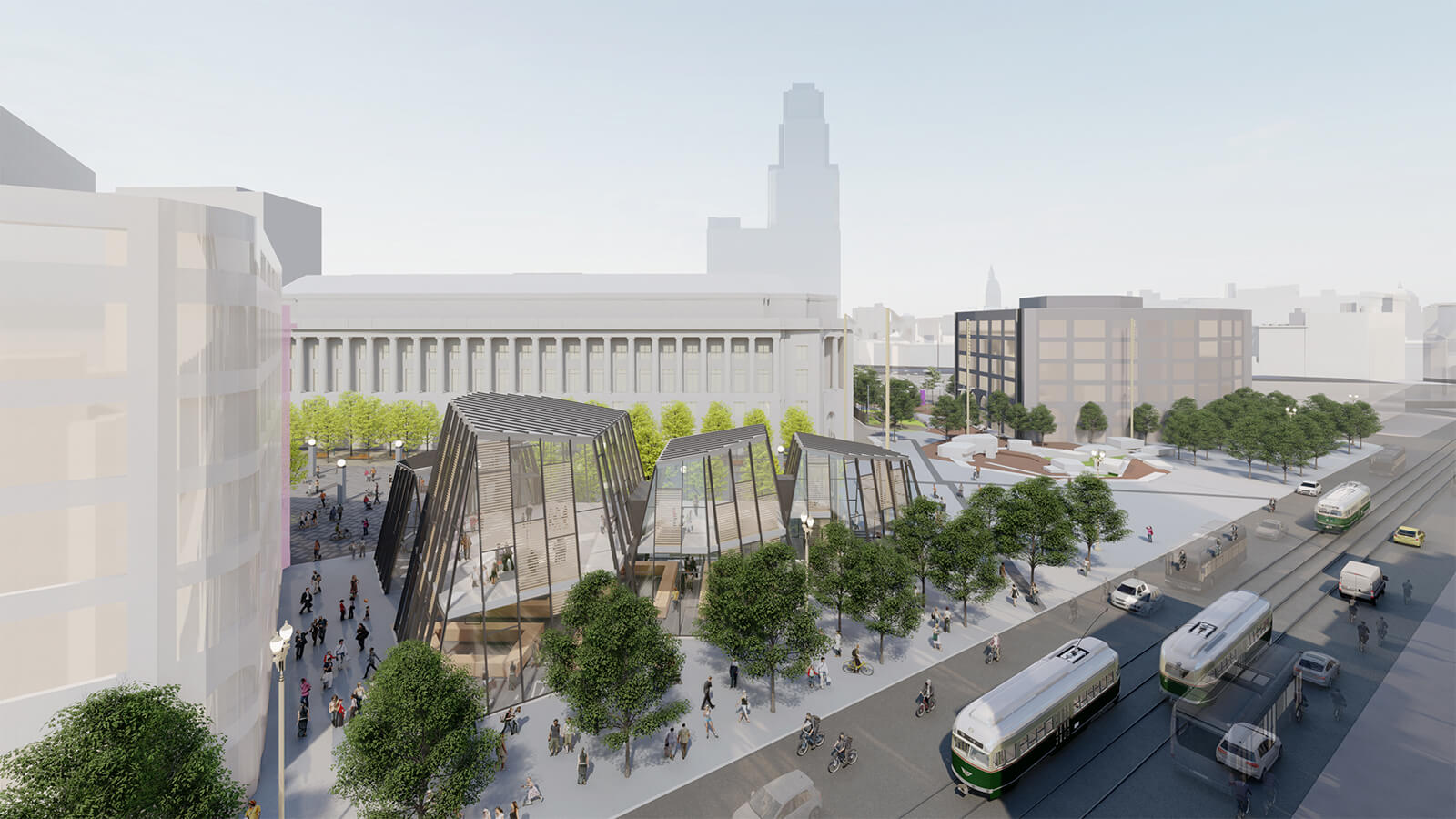 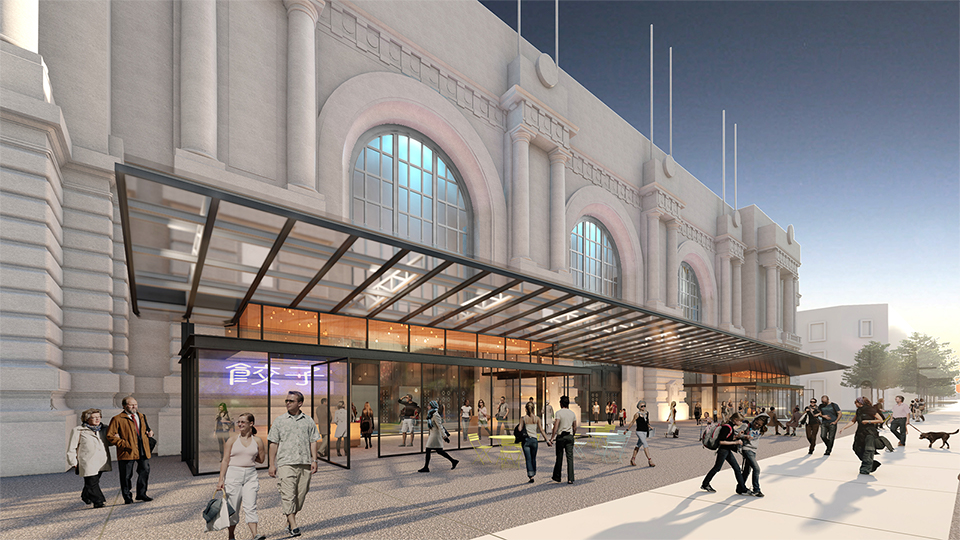 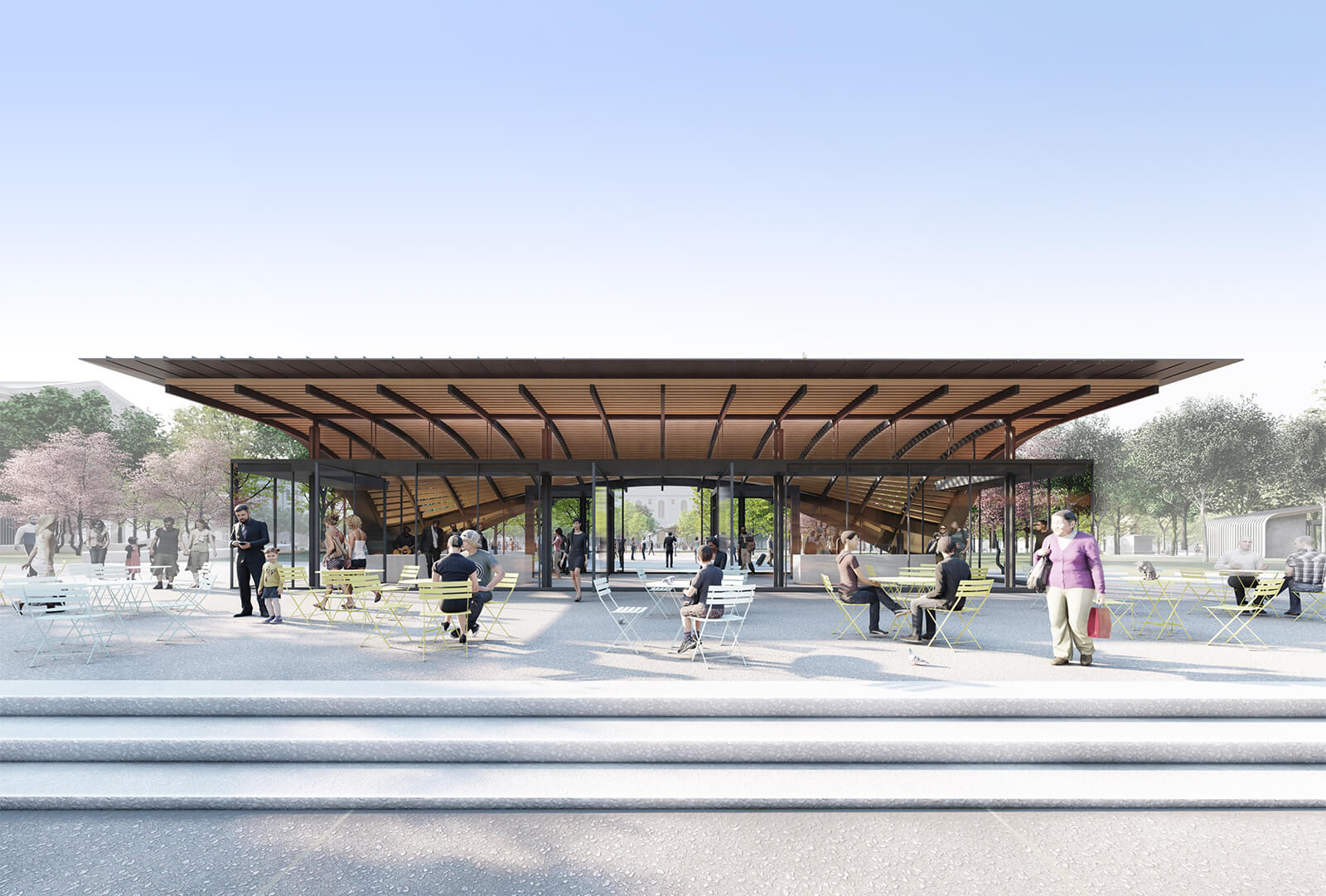 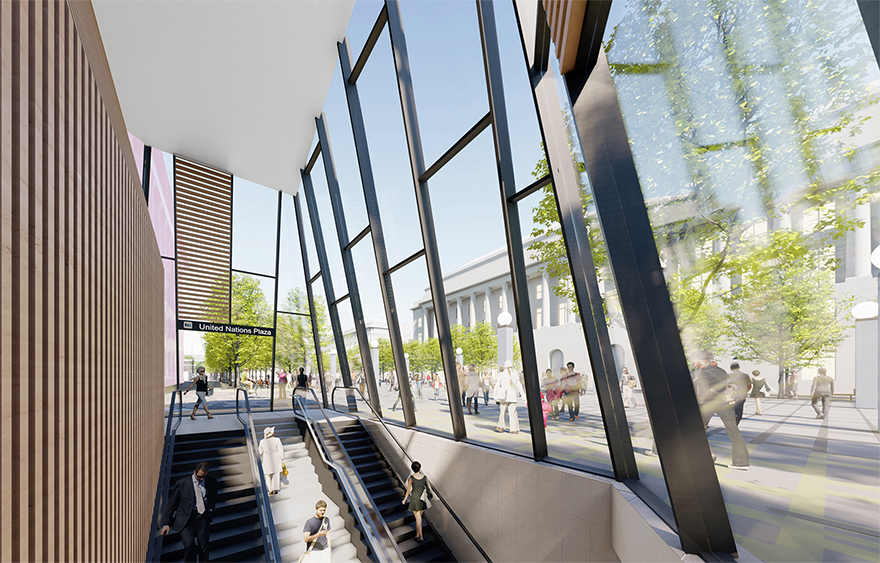 The Civic Center’s existing architectural expression is limited to the large Beaux-Arts facades themselves, rendered in Sierra White granite, with no existing sub-scale expression for public structures that might occur in the spaces between them.  These elements would include kiosks, pavilions, canopies, elevators, stairs, benches, lights, and balustrades.

Thus, with no relevant antecedents, the proposed Public Realm Architecture begins as a material and tectonic proposition rooted in the older buildings and their European precedents.  Specific inspiration is drawn from the steel skeletons that support their masonry carapaces, and the sheet-metal and glass enclosures that keep the weather out.  The notable 19th and early 20th-century train-stations, exhibition halls, and libraries of Europe and America celebrated this contrast between stone, steel, and glass – between the forces of compression and tension.  The analogs to this in San Francisco’s Civic Center include the dome and light-courts of City Hall, the original glass and copper roof of the Civic Auditorium, and its electrified iron and glass marquee.

But to this dichotomy, there is an added layer:  interior shells of wood paneling, plaster, marble and tile that line the vestibules, Supervisors’ chambers, courtrooms, and hearing rooms,

Thus, while greatly varied in scale, use and form, the proposed New District Architecture is bound together by a material DNA of stone, steel, glass, and zinc, with liners of wood or tile.  Each material is handled in a manner that evokes beaux-arts craft:  Stone set as blocks to form anchoring bases; steel structures comprised of built-up flange sections mechanically fastened; roofs of standing seam patinated zinc and glass; and interior ceilings of oak wood or terra cotta.